The alarm sounded at 3AM. Not today. I slept till 5. I took Patton and abby outside. I returned Lucy to her mothers room as Patton got ready to go. We had a full supply for the weekend. Patton had just 6 mountains left on his list and we were bound to get them done this weekend. Our first attempt was the Kinsman’s. We arrived at the Parking lot at 7AM. It was cold and we started out hiking fast to warm up. 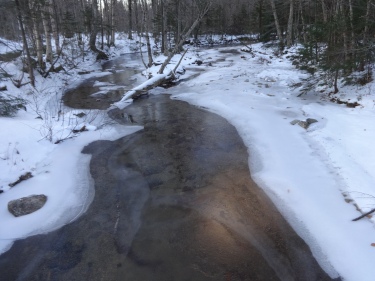 We surged up the trail to Lonesome lake and with little time we were looking at the frozen lake with a wonderful cloud lift to expose the heights we had to climb. We did not stop at the hut. We continued up the Fishin’ Jimmy trail towards the Ridge. 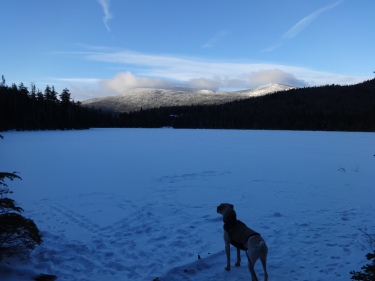 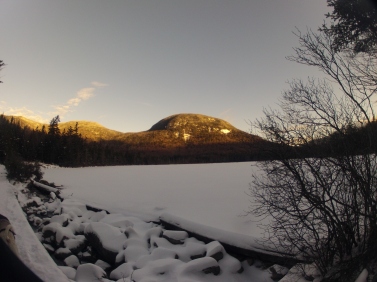 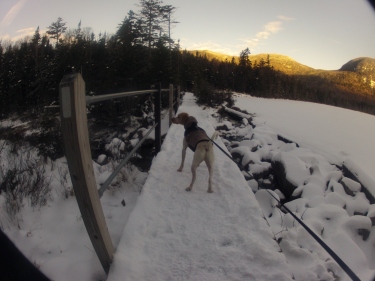 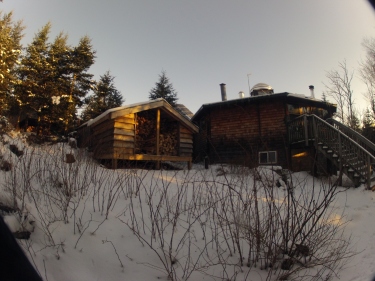 At this point I needed to put on microspikes as the trail become very icy. We did not see anyone else on the entire hike up the mountain. It was starting to get pretty cold as we climbed though I stayed in a base layer with hat and gloves. 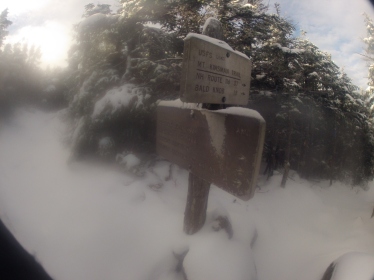 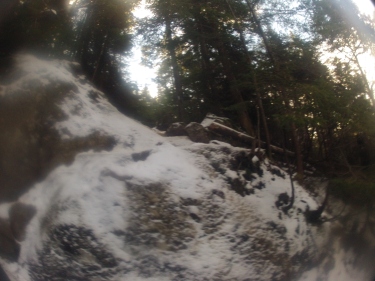 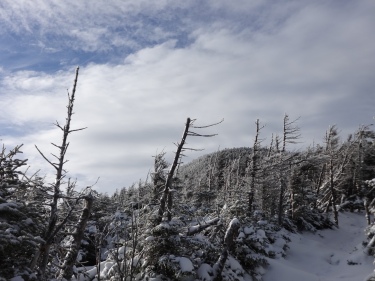 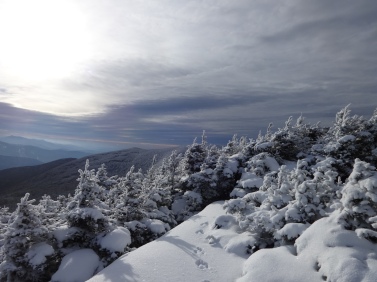 It was not too difficult other than that and we arrived to the top of North Kinsman with little problems. The lookout off of the summit gave us these great views. 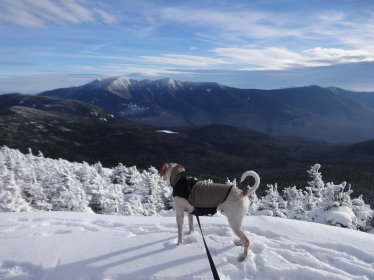 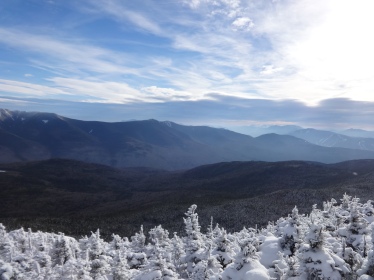 Onward for a short hike to South Kinsman. It was not too bad dealing with wind gusts in the trees, but once we got to the exposed area on the summit it got real bad. Patton and I had a quick session of photo’s and we were not there for long. 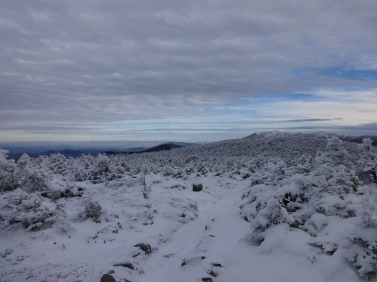 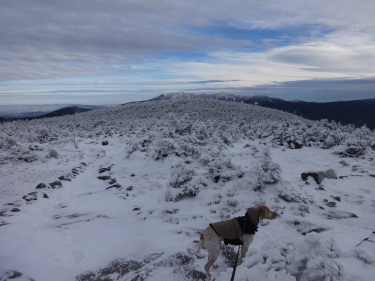 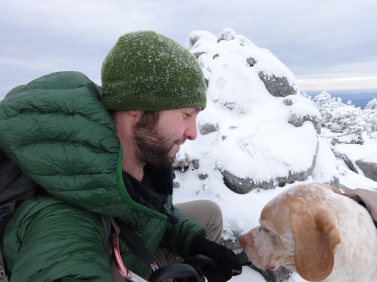 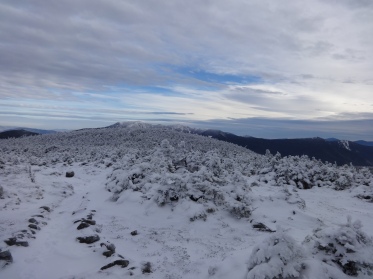 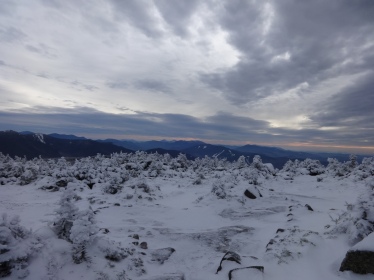 On the way down we met a few other groups including a scout troop. We met a couple other dogs as well and Patton was really well behaved. I stopped at the hut and got my hut pin. Only one more to go… 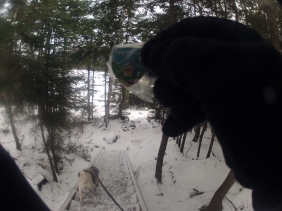 It was a great hike and we made it back to the car in a good amount of time. With a quick moment for a warm cup of soup I had put into a thermos that morning I was feeling great. Patton had no problems at all with the hike and he did not even sleep on the way to our second hike, the Hancock’s. On we go!