Saturday was no picnic, in fact is was a downright nasty day of freezing rain and snow. Sunday was shaping up to be no better.When my hiking partner for the weekend Jason and I started the hike it was snowing and very overcast. The hike was to be a 13 mile hike over two peaks of the Bigelow range. We started a bit later today around 8:30. We had to road walk to the Firewardens trail. 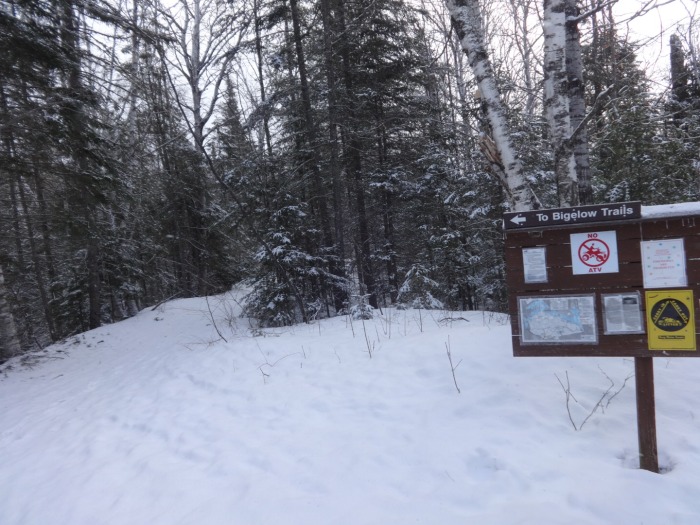 Shortly after the bridge we put on spikes. That did not last long as we were sinking in the snow. We switched to shoes. The hike to the first camp site was easy going. 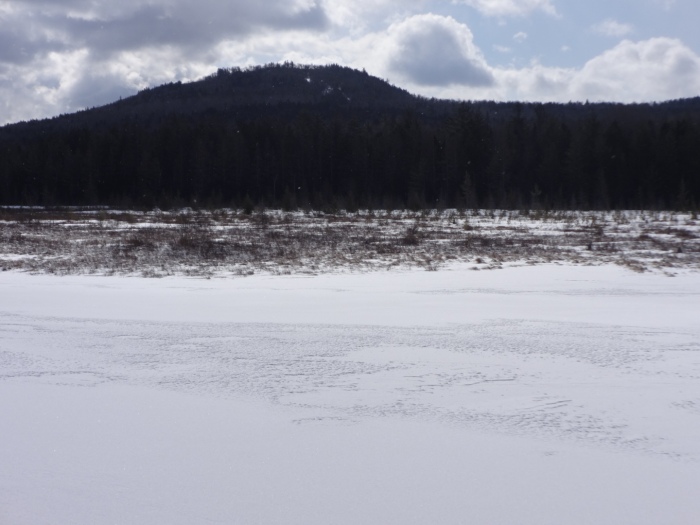 It says that it is a mile to the col from the campsite. It might seem like a never ending mile but eventually you arrive in between Avery and West peak. It is a welcomed sight. We decided to climb West Peak first. We dropped our bags and hiked up the short distance. 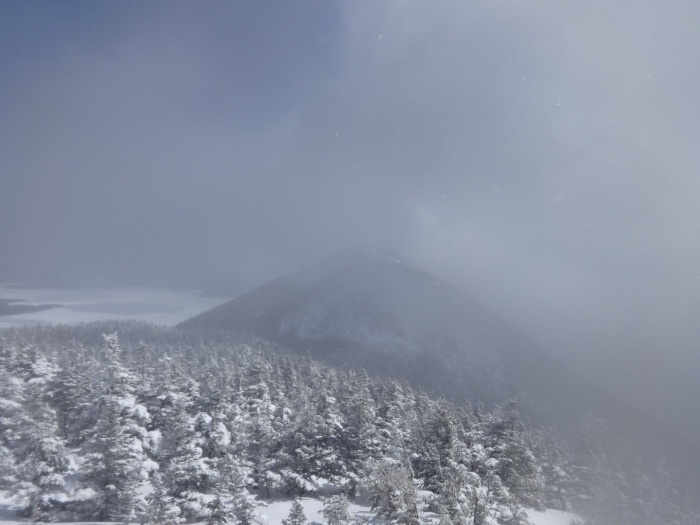 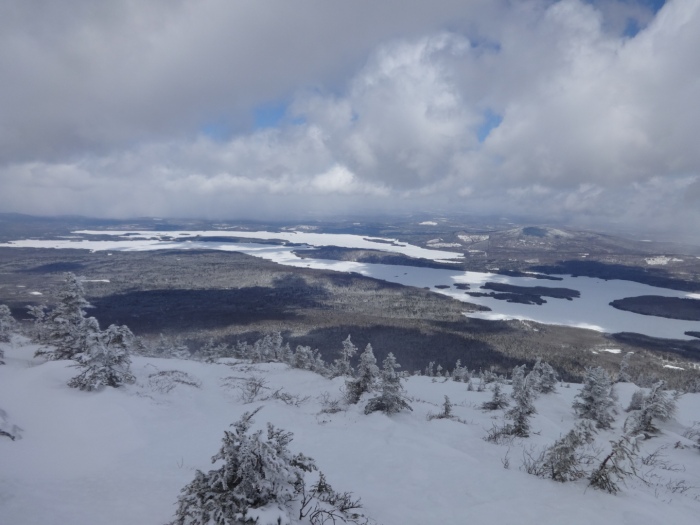 Once back to the col we followed the AT over Avery peak and to an old tower foundation. 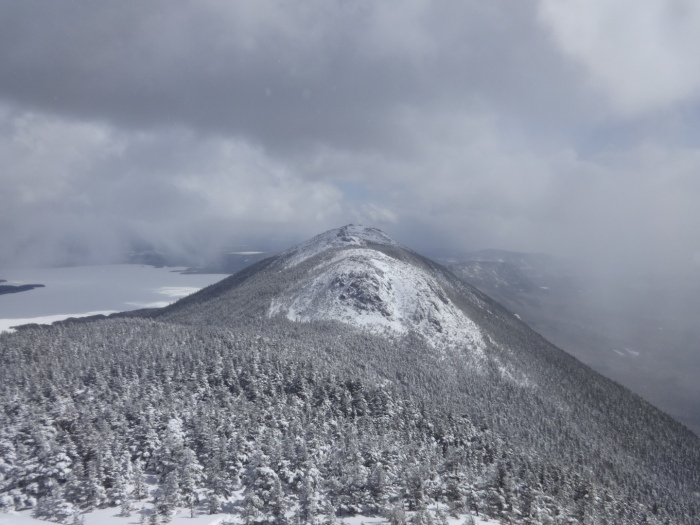 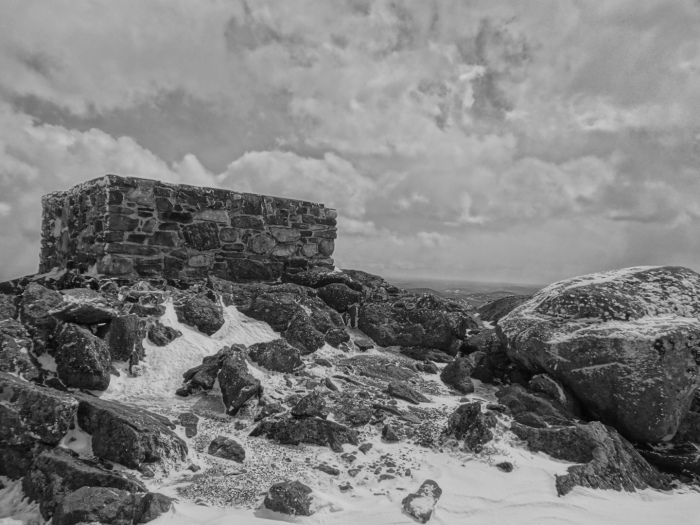 The winds were very heavy and we did not stay on top long because of it. Once back to the col we had a snack. We the raced down to the other camp. That mile seemed a lot quicker on the way down. The whole trip out went smother and the entire hike was a great sucsess especially with the weather we had at the start of the hike. 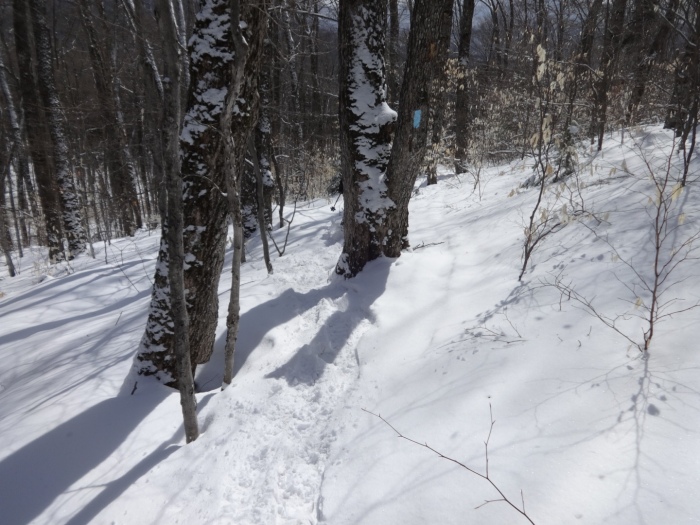 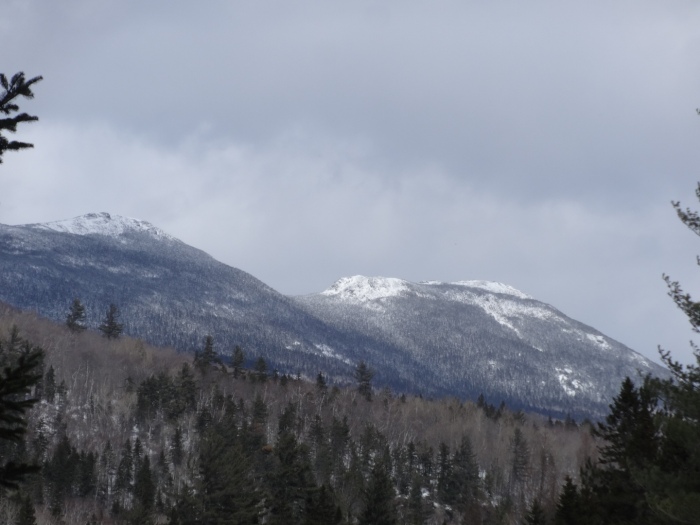 This trip to Maine was a tough one. In total I get to add two more to my New England 67 list briging me to 58 total. It was a bit of everything. As it goes in the spring. Time to turn it up on the rest of the list up in Maine. Till next hike!