Jogging down waumbec my good friend Jason Beaupre mused about a Madison Adams hike. I was all about the idea. We hurried to Appalachia. I was eating trail bars and doughnuts on the way. The sky had cleared out substantially in fact there was not a cloud to be seen. I had a can of pears at the trailhead. Lucy was all ready to go wining in backseat as I finished packing. We had hoped to be on the trail by 1. We were early at 12:45.

We put on spikes early and wore them till the hut. We would not use any traction the rest of the day. 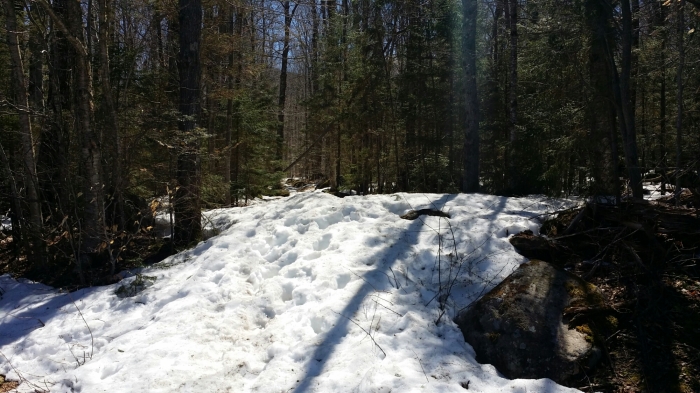 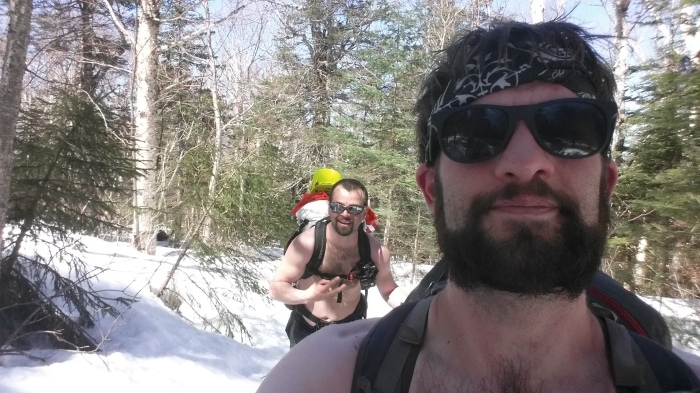 We took a short break at the Watson path junction. Jason noticed that is was not well traveled. I thought that it not a very popular route. Just as I said this Chris Daily came walking up the path. Jason and I had a hearty laugh. We spoke to Chris about recent adventures in Maine. We parted ways and carried on. Great to run into you Chris!

After that we ran into Bob and Geri and their dog Dusty. We had a short chat about the winter canines and Bob took a picture of the two winter finishers together. Lucy was starting to get impatient so I had to keep her moving. Great to meet you all!

As we rounded the top of the ridge I heard Lucy in a commotion up ahead. I started running up the trail to find Ian and his dog Marley on trail. We had another short discussion of our days. He was working on some red line and enjoying a beautiful day. Great to see you again!

We ran into grid hiker Ed Smith too but we each played the “do I know you?” game and kept hiking on. Great to see you anyways Ed! 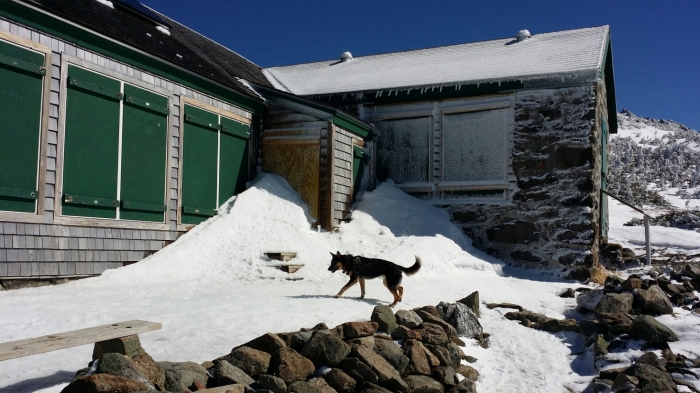 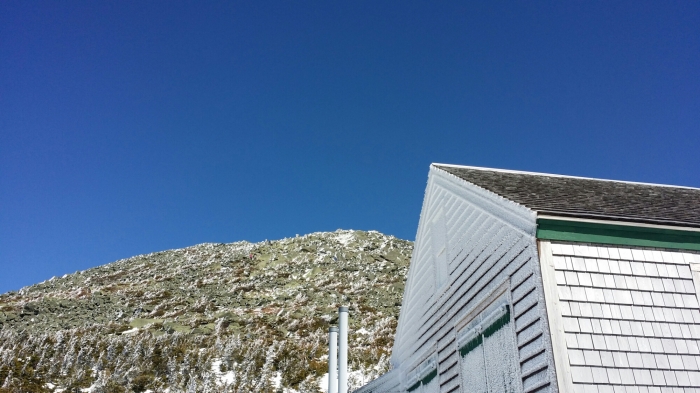 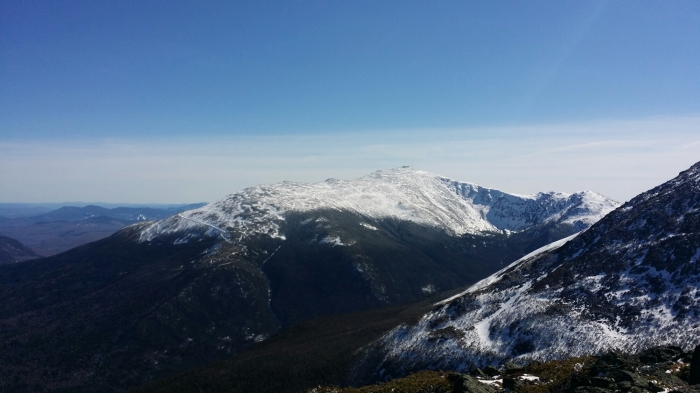 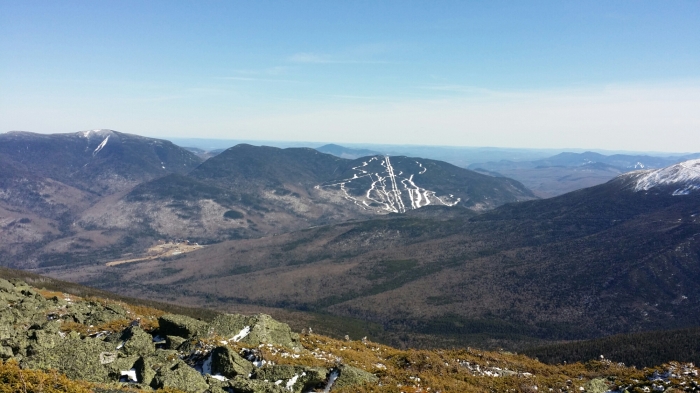 The top of Madison was fantastic. Lucy was calming down a bit and we took a moment to take in the views. We had passed a pack of two dog with their owner with one dog being a bit shy so I wanted to yeald the summit to him. Onward to Adams! 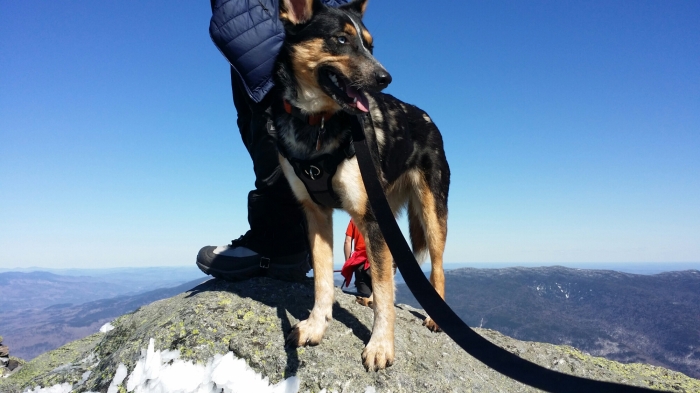 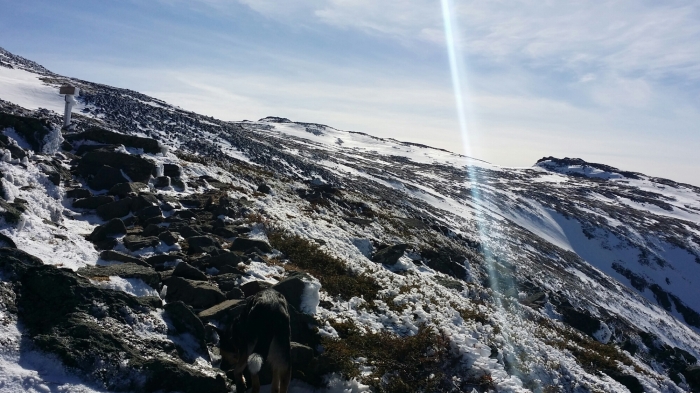 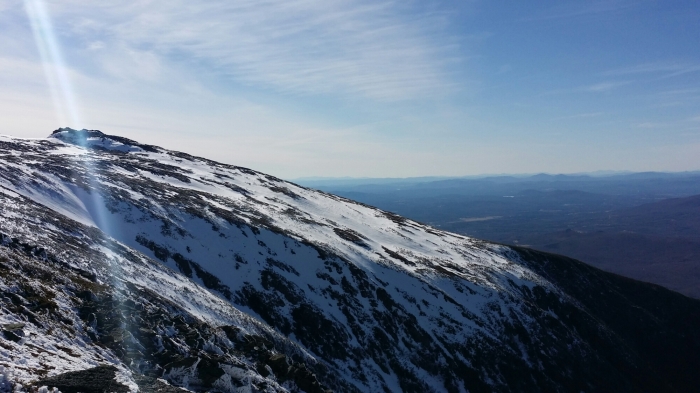 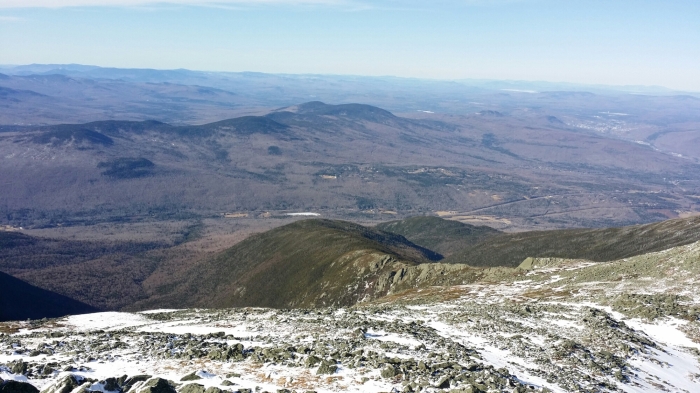 The hike up Adams was hard fought but easily taken with the sights all around us. We all took some time on the summit. Even Lucy was finally starting to show signs of being tired. It was about time. Once we started to chill up a bit we decided to make our descent. the hike down was scenic and we decided to take the Airline down to enjoy as much of it as we could. 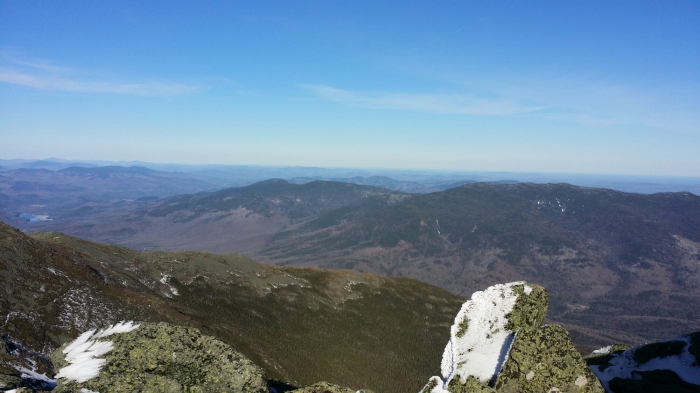 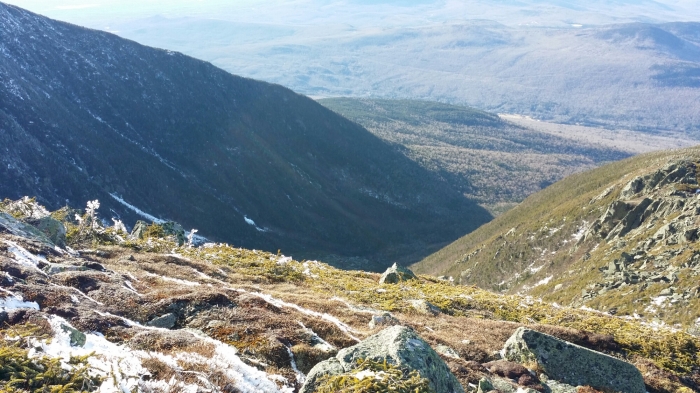 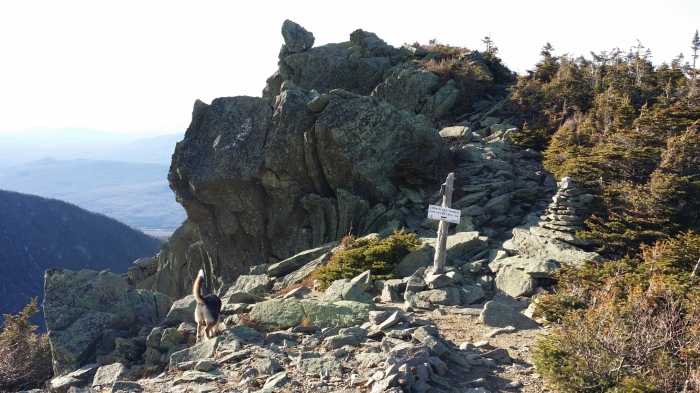 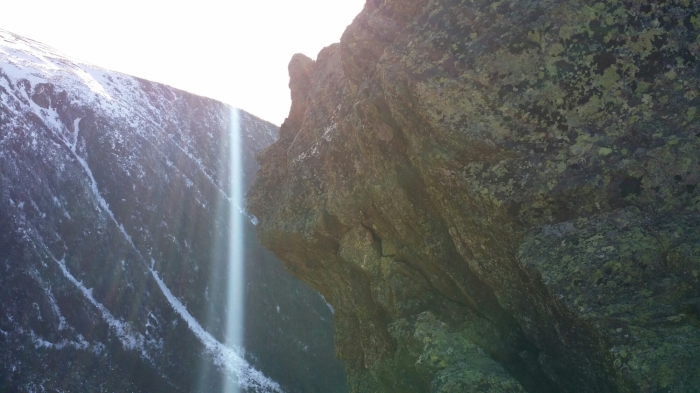 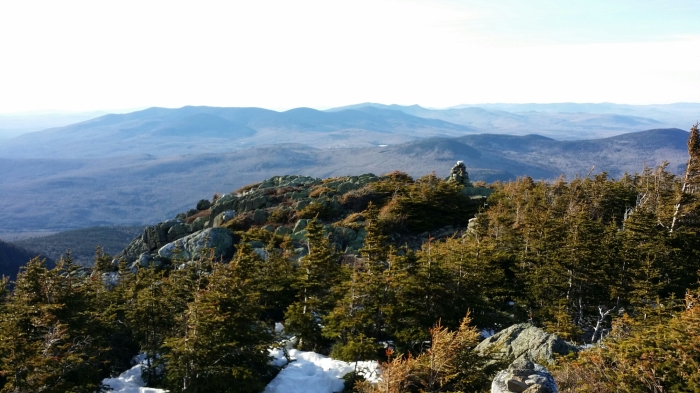 The airline was a mess and very slow going. Of the two trails I recommend Valley Way if you do not want to deal with the post holed hell that is the Airline. I imagine it won’t matter in the coming days. It was a full mountain adventure day as we got back to the cars as the sun was going down. We made dinner in the parking lot. While we were cooking Anthony and Rebecca pulled in the lot. Anthony had just finished a Pressi traverse and Rebecca was his car spot. Great work Anthony! I was so very hungry. I had black bean soup over mashed potatoes. It was amazing. We left Jason after another fantastic hike together. Lucy and I started back home. We were able to bag 4 4000 footers this weekend. It felt great to turn the weekend around on Sunday. Lucy must have thought so too. She was sleeping sound all the way home. 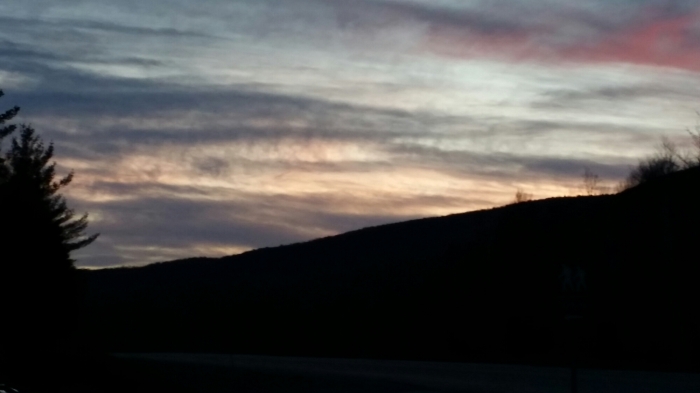