Conditions: Today was a sunny cold start that warmed up towards the end of the hike. The sun was not over the mountain until around 10:00. The trail itself was hard pack that could have been bare booted though I chose to wear spikes. 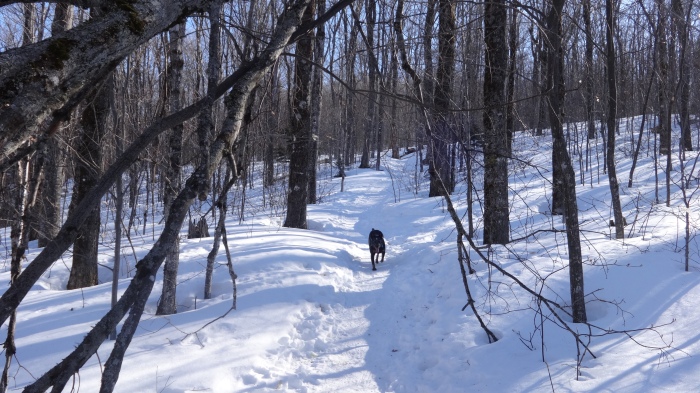 The girls and I had a bit of a later start as we left the house after 8:00 am. Well caffeinated and a bit sore from yesterdays hike I was telling myself that it was still a good idea. The girls thought so anyways both in the backseat always leaning into the front of the cab or to smell the air through cracked windows of the truck. I am trying to get back at it. Living back in NH and always looking and talking to people about the mountains, I had to get off my ass. Been in a funk can’t be doing me any good. To the trails with the dogs is exactly what we all need. I kept telling myself I was going to turn around,, but the trails we so nice I just kept going. 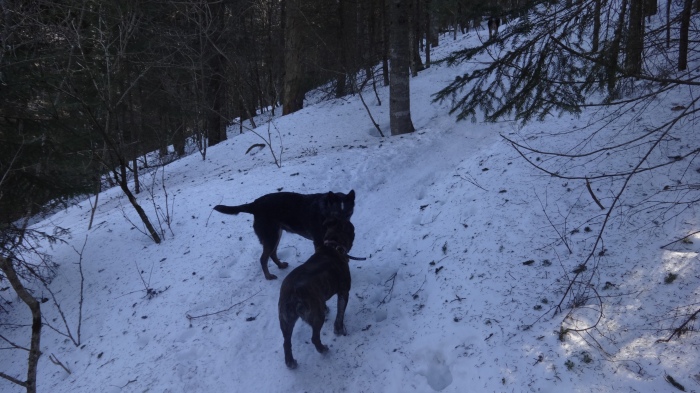 Madison made a friend along the way. I think her name was kudo.

We eventually caught up to another dog. At first I was a bit worried about what Lucy and Madison were going to do so I called them near to me and we all made an introduction. The dogs smelled and growled a bit but they were quickly reigned in. We walked a bit further with our new friend and quickly caught up to its owner. The girls and I passed, and there was our old friend right along side. She hiked all the way from below Star King to the top of Waumbek and a little ways back. I assured her owner she would sleep well tonight. 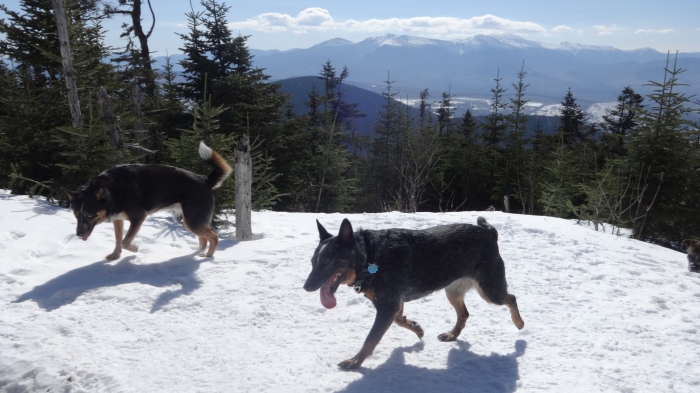 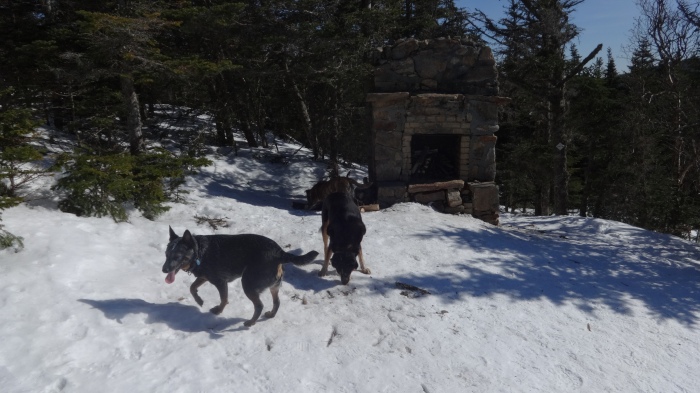 Finishing up right around lunch time made for a perfect quick hike to get myself out of the chair and back onto the trail. That makes number two for Madison Osgood, third time for Lucy Crawford, and is the 6th time hiking this mountain for me bringing me to 229 more peaks remaining on the grid, but who is counting…

That’s quite the snow pack you got there…